Should Be Called "Fight For It"...

For the last four years I have been honored to release some form of personal art. I felt that it is necessary for the my musical vocabulary, professionalism and overall fight for art.

So here is a quick discography for self:

For The Culture: Coloring Outside The Lines (2015)

Now I have been itching for sure to do a project and other forms of art to express myself. During 2017, I was strongly encouraged by mentors to do a better job of sharing and putting myself out there. As I stated in the previous post, the struggle has been real. Personal disappointments plus a lack of gratitude can cause one to feel stuck. But God is good and His grace is so dope that if we allow him to guide and direct we can overcome.

During the first week of July probably one of the most life building weeks of my life. I was in the process of preparing for my church's conference. In that same week I was in the studio putting the last touches on a project, both of my hard-drives (main and back up) broke on me. Not only that when recording a clip of me playing at the conference, my "perfect mix" of audio was completely distorted. What amazing rain... Right??? I only told my best friend how disappointing it has been.I had been making traction, it seemed that there was something or somethings wanting to stop me.

However, the blessing was three of the five songs that I wanted to share with the world were already transferred to the main computer for final mixing. Has it been a fight these last few months? Yes. Will the fight be worth it? Most definitely.

So family, I invite you to go on my fourth musical journey with me. Introspection II another beat sampler. I pray that this would be the rain that would not stop your parade but water your dreams. I pray that you continue to operate in the fullness of your purpose and that God would grant you the desires of your heart.

Thank You In Advance. 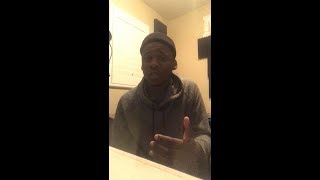 Inside Out Branding Feature: 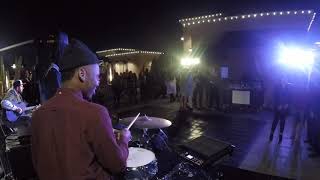